Associate Professor of Chemistry and Physics 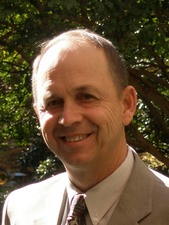 Bobby Adams was born and raised in Virginia. Interested in the physical sciences as a high school student he moved on to study chemistry and physics at Longwood College in Farmville, Virginia. He graduated from Longwood with a B.S. in Chemistry in 1978 and received the American Chemical Society Outstanding senior in Chemistry award at Longwood that same year. He continued his education at West Virginia University where he earned a Master of Science in Chemistry co-publishing with his research advisor the results of his research.  Later he continued his education in the physical sciences at Montana State University completing additional graduate coursework in Physics.

In 1982 Bobby joined the faculty at College of the Albemarle where he served in a wide range of positions from faculty to Department chair of the Natural Sciences Department to Division Chair of Arts and Sciences Division. As a member of Towne South Church of Christ Bobby learned to appreciate and admire the work done at MACU so when given the opportunity he joined the staff at MACU to teach chemistry and physics after retiring from College of the Albemarle in the Spring 2018.

In 1989 he joined Towne South Church of Christ serving at different times as elder and teacher. He is a current member of Towne South and the acting chair of the Benevolence ministry there.

Bobby and his wife Carol have two adult children and six grandchildren. He enjoys spending time with his family: Kayaking, traveling, skiing, and biking with Carol, visiting his son Tim in Colorado and daughter Amanda and her six children in Ohio. When physical health allows he likes to play sports, especially tennis.